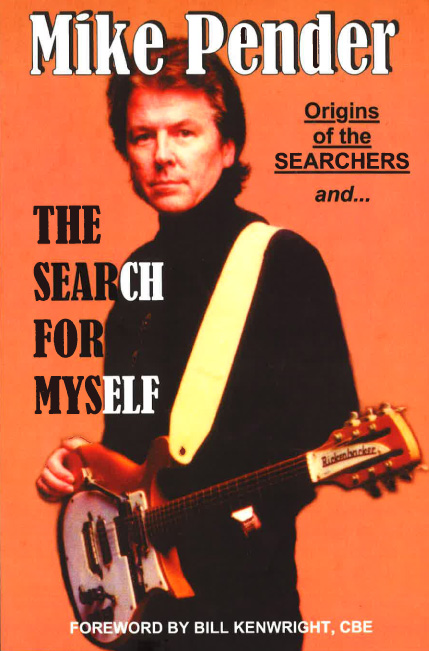 Mike Pender (Michael John Prendergast MBE) is an English musician and an original founding member of the Merseybeat group the Searchers, who had many hits, including "When You Walk In The Room", "Sweets For My Sweet", "Sugar And Spice", "Needles And Pins", "Don't Throw Your Love Away", "What Have They Done To The Rain?", "Goodbye My Love", "Take Me For What I'm Worth" and "Love Potion No. 9". All were Top 20 Hits, including no less than three Number Ones. They also had huge recording success in the USA which included the memorable "Love Potion Number 9”. Little wonder then that most observers considered The Searchers to be the most successful and important groups of the era, after the Beatles

The Searchers were founded in 1957 by both Mike Pender and John McNally, with Mike naming the band after the classic John Wayne film “The Searchers”. After the band recorded the singles "Sweets for My Sweet" and "Sugar and Spice", Mike took over lead vocal duties from Tony Jackson. During the late 1970s, the Searchers were signed by Seymour Stein's Sire Records and recorded two modernised albums, including "The Searchers" and "Play for Today," which was retitled "Love's Melodies" outside the United Kingdom. The Searchers recorded what would become the final single with Pender, “I Don't Want to Be the One”. Mike left the Searchers in 1985 to pursue a solo career and in 1988 joined an all-star rock band known as the Corporation AKA the "Travelling Wrinklies", whose name was a parody of the popular rock group Traveling Wilburys.

Mike was appointed Member of the Order of the British Empire (MBE) in the 2020 New Year Honours for services to music.

Gardiner Houlgate is delighted to offer seven guitars from Mike’s personal collection. All of which have been used at home, live or in the studio.