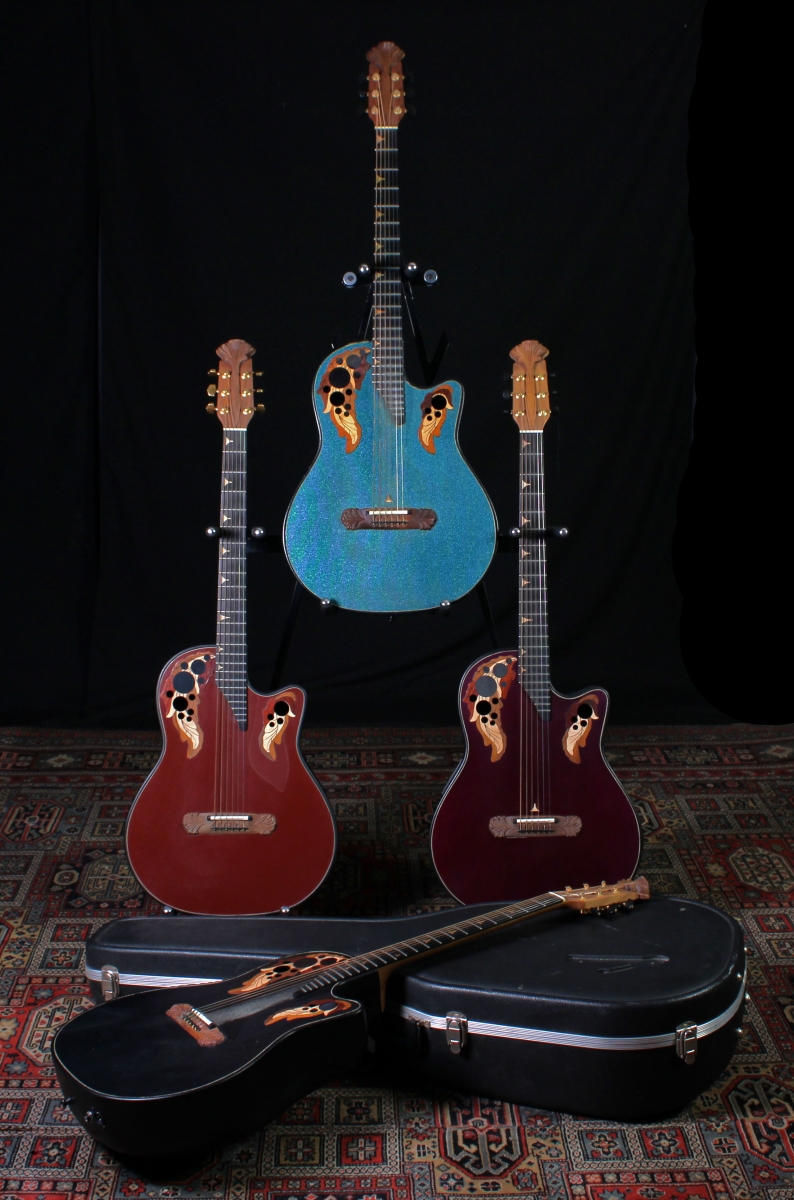 A set of four custom-made Ovation Adamas guitars, owned and used by renowned guitarist Preston Reed, an innovator of percussive acoustic fingerstyle, are set to highlight the next three-day specialist auction of guitars and related items.

- A 1996 Ovation Adamas Longneck - The first of three longnecks made for Preston Reed at the Ovation factory and the guitar that featured in the Ovation guitar magazine advert and was used on tour for approximately one year, including his first concert tour of Japan.

- A 1997 Ovation Adamas Longneck - The second of three longnecks made for Preston Reed at the Ovation factory. This was Preston's main touring and recording instrument for fourteen years. Much of his development as an artist , including the entire album 'Handwritten Notes' happened on this guitar.

- A 1999 Ovation Adamas Longneck - The third of three longnecks made for Preston Reed at the Ovation factory. This guitar was built as a spare in 1999, played on one show whilst the repairs were carried out to his main touring longneck.

- A 1990s Ovation Adams Standard Scale - Custom made for Preston Reed in the late 1990s as he wanted a normal scale-length guitar for certain purposes. 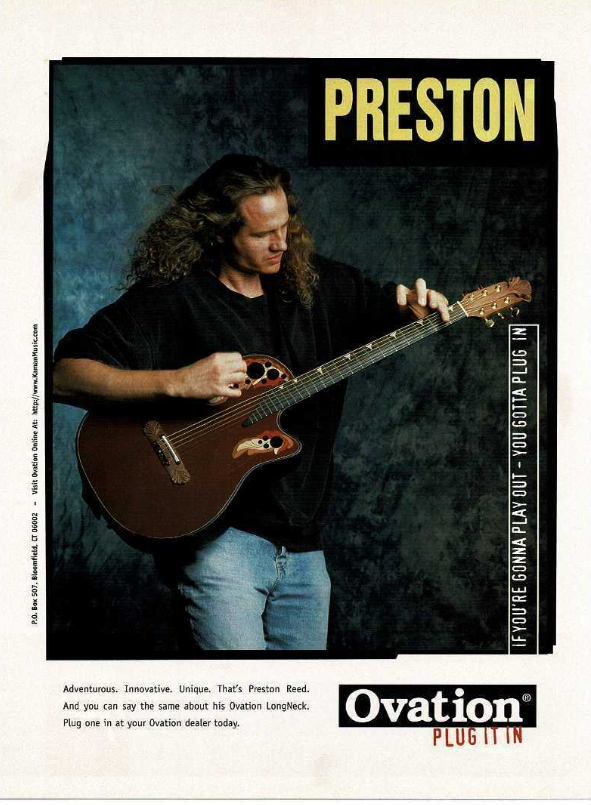 Preston Reed collaborated with Ovation in 1996 to design and build a guitar that would lend to his innovative percussive fingerstyle approach. The custom appointments of this guitar would address the following main issues:
- The need for a pickup system that would register percussive sounds on the guitars body, solved by incorporating a Seymour Duncan SA-2 as a second pickup. This, combined with the Ovation bridge Piezo was the first issue that needed to be worked out when Preston signed on with Ovation. Bill Hudak, the Ovation tech at the time modified the existing 'OptiMax' system to work as a blender between the two pickups.
- The need for a 'hole-free' surface on the upper bout to allow for left hand percussive strikes. This was accomplished by not having the typical Ovation sound-holes to the top and instead having decorative black circles.
- Altering the decorative ridged binding on the top edge of the standard Adamas models, which caused abrasion to the right arm. This was solved by adding a smooth top edge.
- Preventing the neck from drooping down whilst playing stood up. This was solved by adding a counterweight to the inside rear of the guitar.
- Moving the position of the front part of the guitar strap so it would not hamper left hand percussive movements. This resulted in moving the strap button to the base of the guitar neck rather than the heel.

The three longnecks work perfectly well as 'normal' guitars and with the special electronics and fiberglass backs, have an enhanced sound when compared to a standard Adamas. Bill Kaman (head of Ovation and originator of the longneck) recently expressed that the Adamas longneck is a 'rare animal', which makes this and the other three longnecks customised, improved, special exotic and one-of-a-kind instruments. 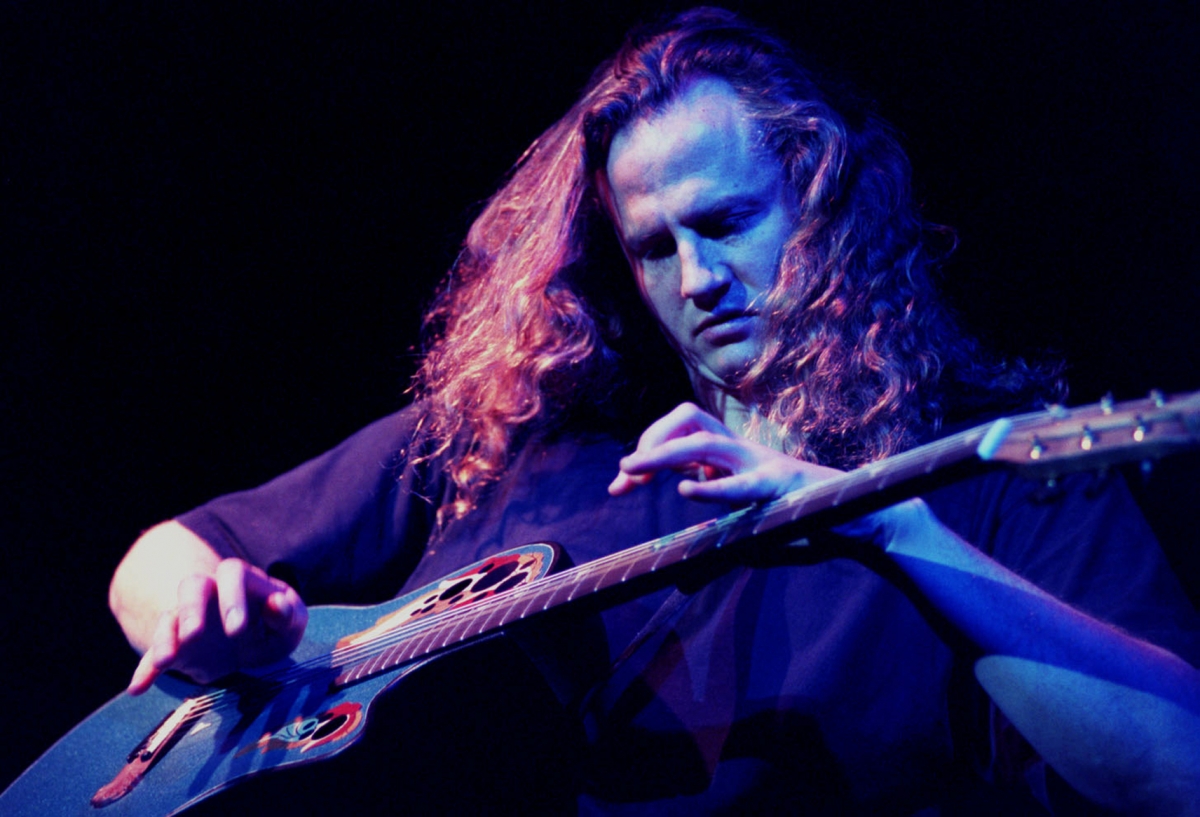 Preston Reed, born in 1955, Armonk, New York, is a renowned and influential American fingerstyle guitarist, known for his innovative percussive style. Since 1979 he has released fifteen critically-acclaimed albums and performed countless times across six continents. He invented integrated percussive guitar playing in the late 1980's, revolutionising the way the acoustic guitar is played and inspiring generations of musicians around the world ever since. Employing multi-voiced grooves, polyrhythmic percussion and story-telling compositions, Reed's visionary approach fully exploits the breathtaking orchestral potential of the acoustic guitar. His long teaching experience includes The Swannanoa Gathering, where he taught Kaki King, his own week-long workshops in Scotland, attended by many over the years including Ed Sheeran, and his recent masterclass at Berklee College of Music. His 1994 instructional video, The Guitar Of Preston Reed: Expanding The Realm Of Acoustic Playing continues to set today's and tomorrow's top players on the path to developing their own musical voices on the instrument. See Prestonreed.com.

All to be sold on Wednesday 9th March 2022. Please contact Luke Hobbs for further information.