The Bernie Marsden Collection: Set I 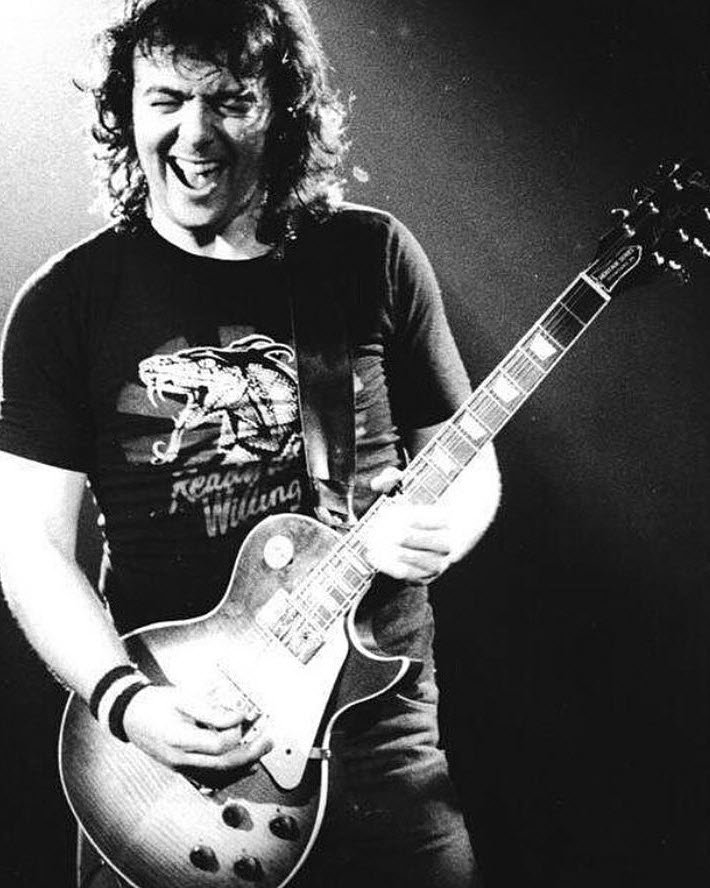 Bernie Marsden - a man who needs little introduction, renowned as one of the greatest rock and blues guitarists of all time. From Buckingham, England, Bernie has been a professional musician since 1972, primarily known for his work with Whitesnake, having written or co-written many of the group’s hit songs, such as ‘Fool for Your Loving’, ‘Walking in the Shadow of the Blues’, ‘She’s a Woman’, ‘Lovehunter’, ‘Trouble’, ‘Child of Babylon, ‘ Rough and Ready’ and most notably the multi-million selling USA number one ‘Here I Go Again’.

After a couple of early teen bands he formed Skinny Cat at the age of 17, acquiring a strong local following. Turning professional with UFO in 1972. His following continued to grow across Europe. Leaving UFO to join Glenn Cornick’s Wild Turkey in 1973, touring the UK and Europe, making his first BBC recordings. He was “headhunted” by no less than legendary drummer Cozy Powell to be in his new band Hammer, the line up included Deep Purple’s Don Airey. Hammer didn’t last long, only recording one top ten hit for Mickie Most’s RAK Label, and an infamous UK tour with Suzi Quatro. Babe Ruth was next, making two albums for Capitol Records. Cozy Powell recommended him for the new Paice Ashton Lord group in 1977. Featuring Deep Purple founding members Ian Paice and Jon Lord. One classic recording resulted, “Malice in Wonderland” and it was over.

Bernie’s next gig was to be his career defining moment – joining and forming Whitesnake with David Coverdale. There had been a possibility of playing with his boy-time hero Paul McCartney and Wings, but while waiting, he met David Coverdale, and the rest is history…

At the Sweden Rock Festival in 2011 Bernie Marsden played with Whitesnake for the first time since 1981, thus becoming the only original member of Whitesnake to play with a later line up, this has happened many times since Sweden.

In more recent years, Marsden has been involved in very different projects. The most unusual being two engagements in 2001 and 2003 at the National Theatre in London for Sir Nickolas Hytner. He also appeared in 6 part television series for German tv called “Frankie”

There were two Bernie Marsden endorsed guitars for a period in 2015, a PRS Bernie Marsden Guitar, and the legendary Gibson company made a very limited run of his iconic 1959 Gibson Les Paul Standard, known universally as “The Beast”. A limited edition of 300 sold out very quickly. Bernie owns Number 1! The original guitar is now retired, but “The Beast” is seen at selected concert halls! A guitar played by Joe Bonamassa, Warren Haynes, Jared James Nicholls and other selected luminaries!

After many years’ self-producing his music he signed a new record deal with Mascot Provogue Records in Holland, making “Shine” at Abbey Road Studios in London The album, released in 2014, features guest appearances from David Coverdale and Joe Bonamassa. He has also produced a blues documentary, “A Day in the Delta”, filmed in Mississippi.

In early 2017 Bernie self-published his autobiography, “Where’s My Guitar: On the Tour bus with the Snakeman” to great acclaim from fans. The book covers Bernie’s musical journey with humour and honesty and features many private, unseen pictures from his career.

Outside of making records Bernie has played with some of the greatest rock and roll musicians of all time. Playing alongside Robert Plant, Paul Weller, Jon Lord, Gary Moore, being part of the Ringo Starr Band, Cozy Powell, Rory Gallagher, Jack Bruce, Warren Haynes, Joe Bonamassa. His stories and recollection of recording and playing live with Ginger Baker alone could be another book.

As we moved into 2020 and beyond, he is as active as ever, visiting his hero Peter Green to jam and chat, or writing with Joe Bonamassa for his next album and future tours in the pipeline….

Gardiner Houlgate is delighted to work alongside Bernie and offer at auction the following extensive collection of Backline, Studio equipment and Ephemera…..

“Being a professional musician for over 50 years now has led me to acquire all kinds of music gear and memorabilia. But, there comes a time in life when you need to properly assess and re-evaluate those items. All used, some possibly abused, loved, lost, recovered, bought on an impulse, a whim or simply desired at the time.

And so, in the strange year that has been 2020, I have had the time to realise that I have a LOT of now completely unused quality equipment.

Mainly amplifiers, speaker cabinets and accessories built up over the years.

Everything listed has been used either on the road or in the studio by myself.

The Whitesnake Marshall amps and cabs are probably the centrepiece, but all of this equipment has featured on a stage or in a studio at some point in my career.

A certificate of authenticity signed by myself will be included with each sale. 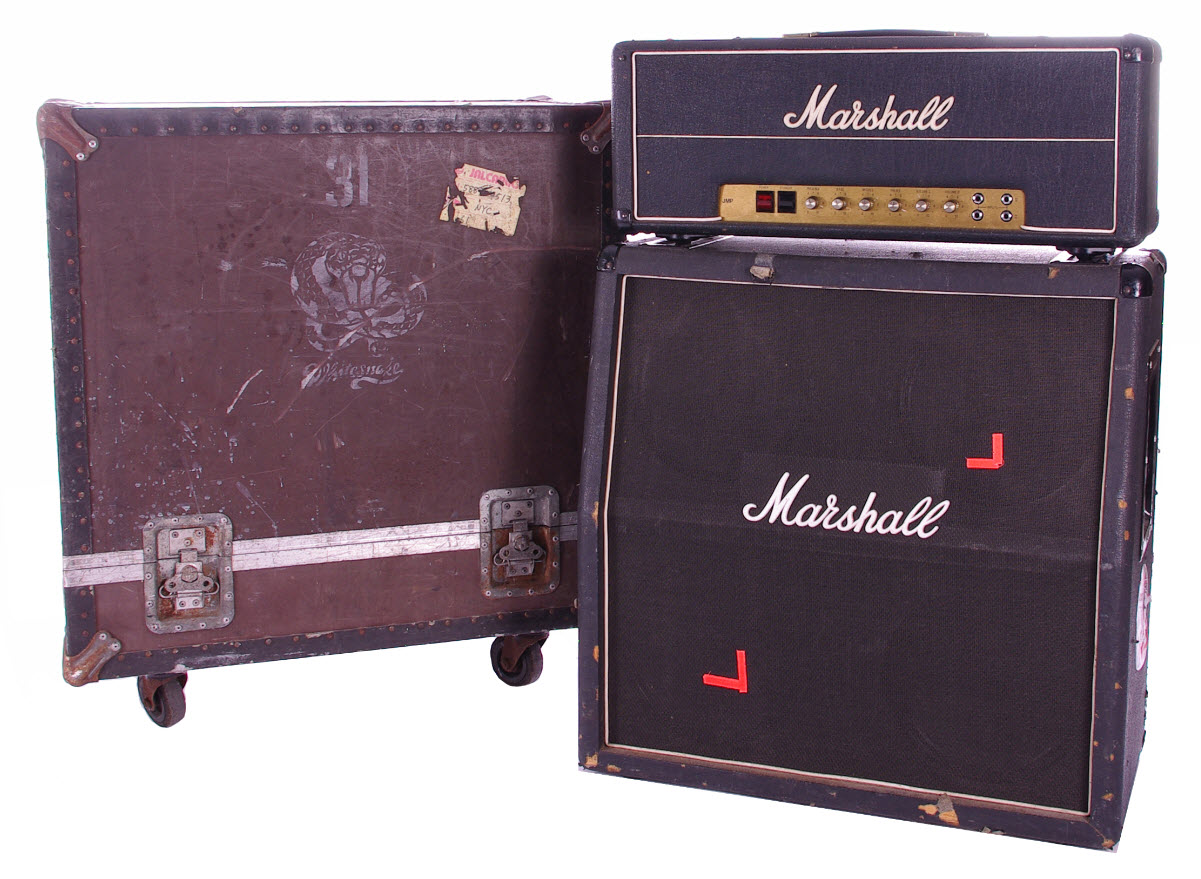 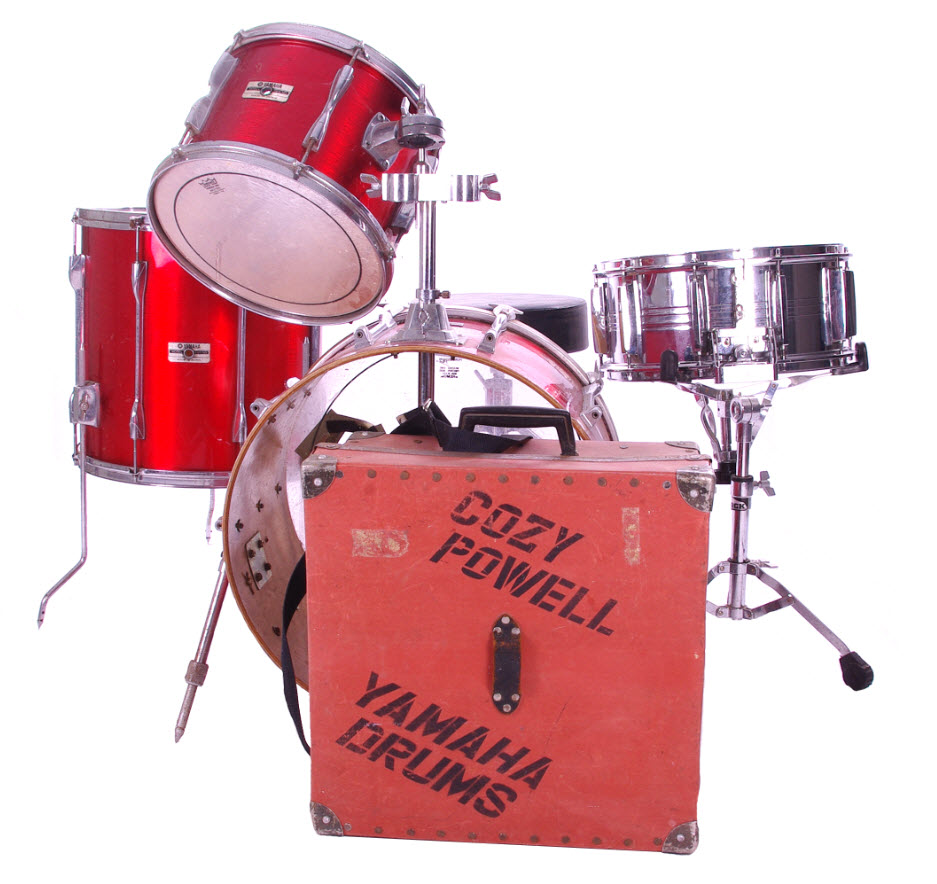 I admit that I let go of some of these items with a bit of a sigh, especially the fantastic Yamaha drum kit I traded with my dear late friend Cozy Powell, but I simply would rather it be played and cherished by someone else than just in my lock up, looking a little unloved. The beloved Whitesnake amps were crucial to my career. ‘Here I Go Again’ and ‘Fool For Your Loving’ and practically all my Whitesnake recordings were created with this equipment.

The same applies to all the other amps, although not quite so momentous in rock history.

Everything here has to go, and I look forward to knowing that the items are once again being enjoyed by whoever wants them! I will be donating a percentage of the auction income to two charities I admire, The Trussell Trust and Crisis.”